Solar Eclipse in Virgo: “Everything Changes, Nothing Perishes”

(everything changes, nothing perishes)

On September 12th/13th, (depending on where you live in the world) there will be a partial solar eclipse in the sign of Virgo. If you live in Los Angeles, as I do, the partial Solar Eclipse will be exact at 11:40 p.m. on Saturday night. However, it’s transformative power will resound for the next 90 days, so use this night to meditate, contemplate and set some intentions for your own healing and success. 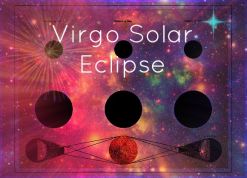 An eclipse is a New Moon that conjuncts the Sun. Therefore, the rhythm of planting seeds and birthing new conditions, routinely observed at a New Moon, becomes exponentially magnified! A solar eclipse contains the power of Metamorphosis! However, in order to fully experience great transformation in your life, you must first release the fear that accompanies change.

In ancient alchemy, a total solar eclipse was referred to as The Alchemical Marriage, which is the most sublime and powerful expression of Duality melting back into Unity through intimate exchange. (the Chinese yin-yang symbol most beautifully illustrates this melding of opposites into unity) This September 2015 event is a partial solar eclipse, so perhaps it is more of an Alchemical Triste rather than an Alchemical Marriage. Nevertheless, the point is that everything in the Universe is born from sexual union and a partial solar eclipse represents a union of opposites powerful enough to give birth to new beliefs, new emotional responses, and of course, new creativity. (As above, so below) 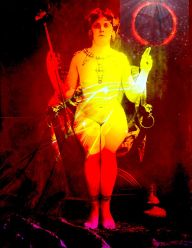 It is very auspicious for this eclipse to be occurring in the sign of Virgo, which is alchemically characterized as mutable earth. Virgo, the harvest goddess who protects and nourishes the rich fertile soil, is the perfect divine energy in which to invoke metamorphosis.

The Process of Metamorphosis: A Tarot Reading.

I. The Tower (Liberation)

The rays of the catalyzing eclipse rain down upon your head! Whether you envision yourself to be confined within the walls of a prison, or softly dreaming inside of a cocoon, you will be wrenched from your stasis! You are ready for the change, whether you have consciously willed it or not. Conscious will is not needed to give birth, for it is a process that builds its own momentum and then suddenly bursts into existence. Embrace this liberation, though the air may be cold and your nerves still raw. You feel unsettled because you are unsettled.

The desire and the resistance finally merge into union. The ecstasy that follows is the realization of omnipresent energetic interrelatedness in the cosmos. In losing your singular existence, you merge with the infinite, filling your subjective reality with sparkling starlight! This is the birthplace of your new ideas; your new feelings; your new world! 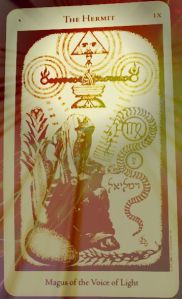 Mystical visions have come and gone. A new path has been illuminated and you will carry the memory of its terrain forever. This is the light of wisdom behind your eyes that will lead you onwards to the next phase of evolution. The Hermit is the card associated with Virgo, and she keeps a close eye on all evolutionary processes, disallowing malignant mutations and pouring her love upon all prosperous growth. Have no fear of losing anything that matters and let Virgo help you to maintain the integrity that you need to make outstanding improvements in your life.

In conclusion, allow the rhythms of the cosmos to pull you along as a dancer is pulled along by music. Let your life be a song of metamorphoses!

“My soul would sing of metamorphoses.

But since, o gods, you were the source of these

your breath into my book of changes: may

the song I sing be seamless as its way

weaves from the world’s beginning to our day.”

I find that astrology and tarot are the perfect tools through which artists and healers can ask deep questions about themselves and become re-invigorated to continue to evolve their inspiration and their passions. When people book a reading with me, they will find that our conversation will prompt them to clarify their intentions and to realize their highest potentials for creative self-expression.

2 thoughts on “Solar Eclipse in Virgo: “Everything Changes, Nothing Perishes””